Alan Campbell sensei said. Makita Sensei conducted two seminars in England which were both fantastically well received, the London seminar being the smaller of the two was more intimate and Makita Sensei treated all the students to a masterclass in all the Junro kata’s, kihon exercises were implemented which challenged everybody’s legs, the second seminar was held in the GB National taekwondo Centre, once again some very interesting and challenging plyometric exercises, essential to the development of one’s karate, Makita sensei was living proof of that. The detailed instruction of kata Gojushiho Sho was welcomed by all the students and highlighted what needs to be worked on to improve, everybody was in amazement at Makita Sensei’s various demonstrations and his humble, unassuming manner put everybody at ease, everybody gave 100% to try and please Makita sensei, a Manchester City football top was presented to him, after he had a day going round the stadium of the premier league champions. 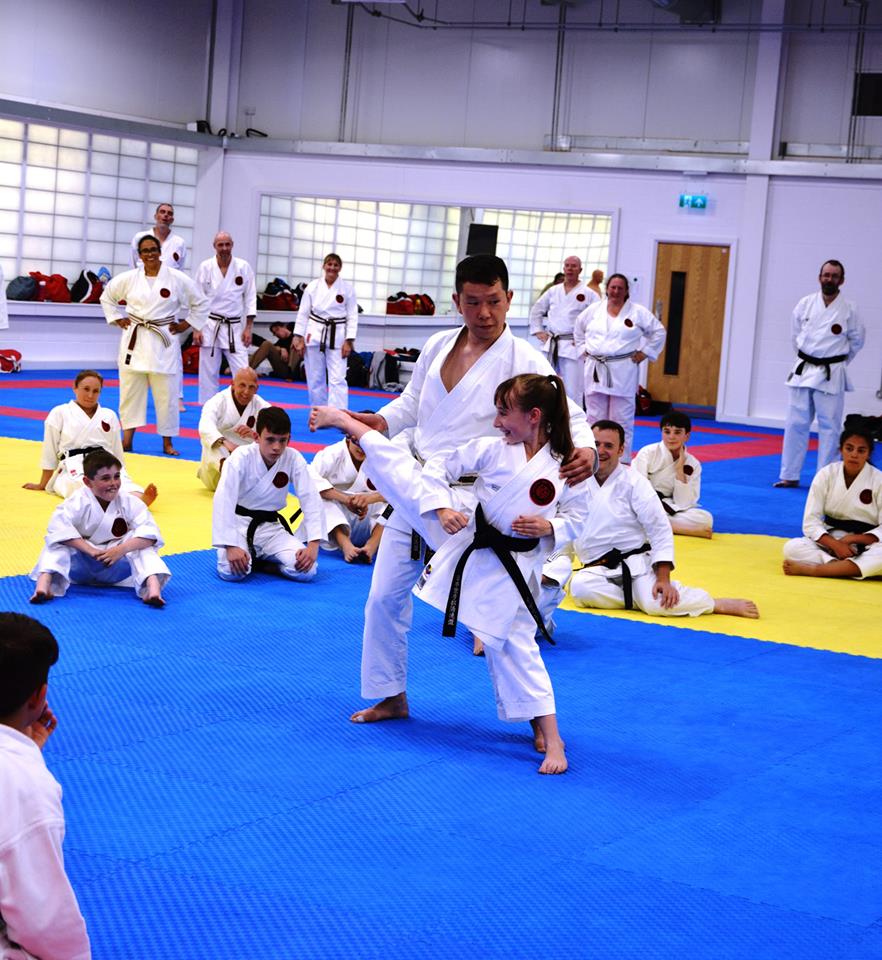 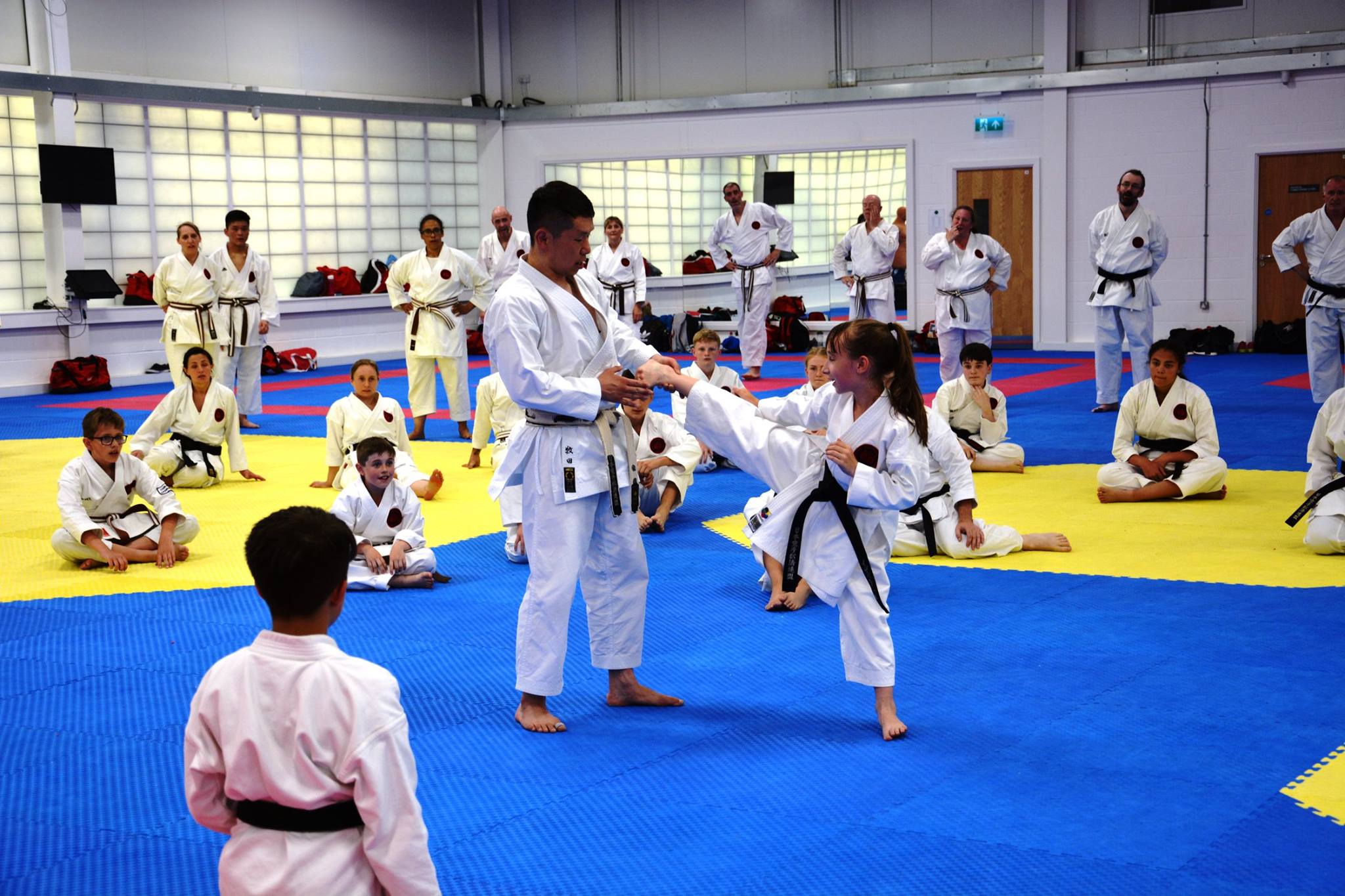 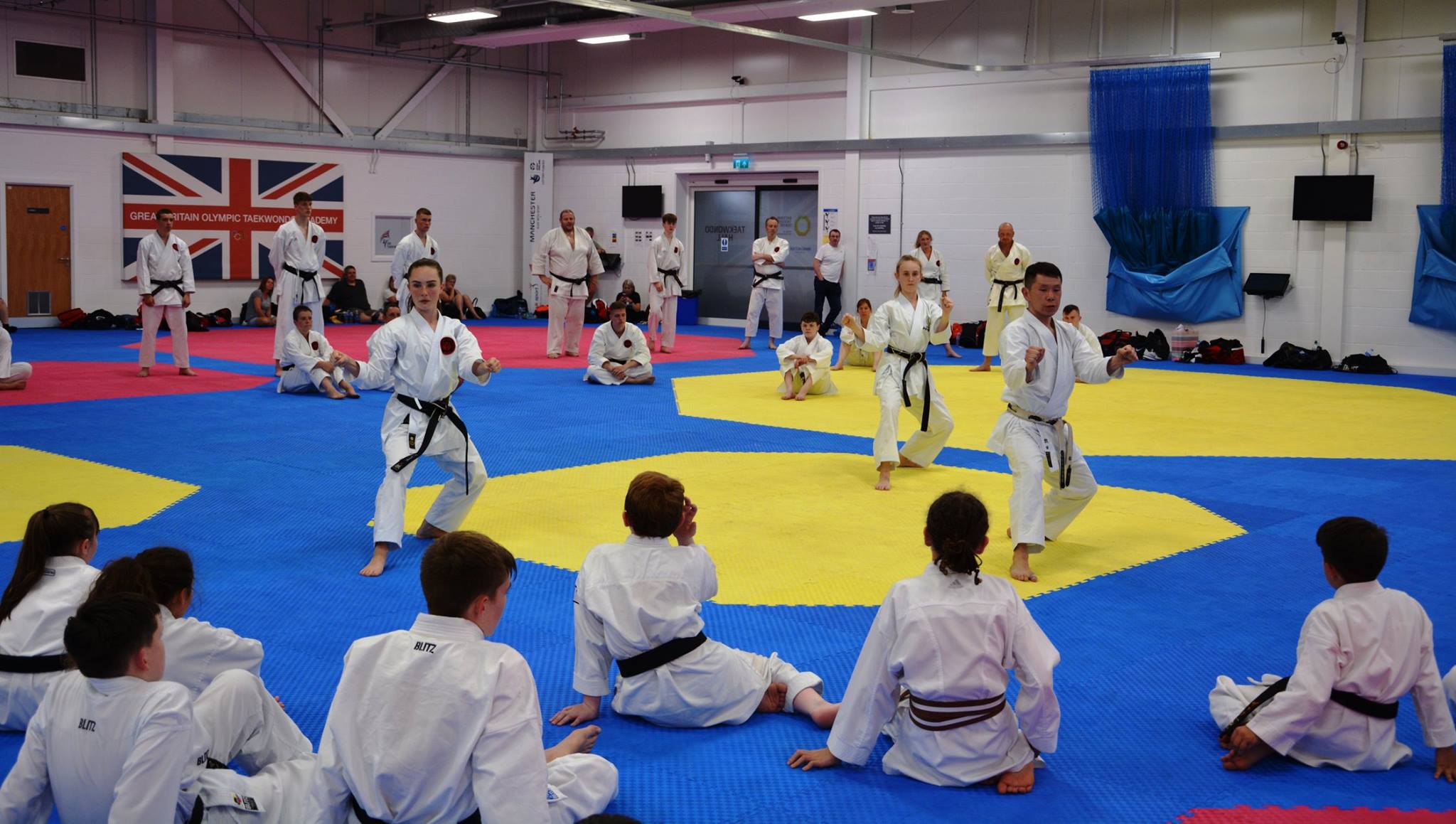