Technical seminar by Nagaki sensei and Okamoto sensei was held in JKS Berlin, Germany from June 16th to 17th.

Christopher Krähnert sensei said:
Nagaki Sensei inspired all participants with his motivating way during intense Kumite drills. The Kihon and Kata training was done in a unique way by Okamoto Sensei. Both Sensei dedicated themselves to more than 200 participants and gave individual coaching.

In the run-up to the Gasshuku, Nagaki Sensei held two more seminars, in Halle (Saale) and Frankfurt (Oder). Okamoto Sensei traveled directly from Istanbul (Turkey) from the Karate 1 Premier League to Berlin (Germany), where she gave dojo training in the week before the Gasshuku. 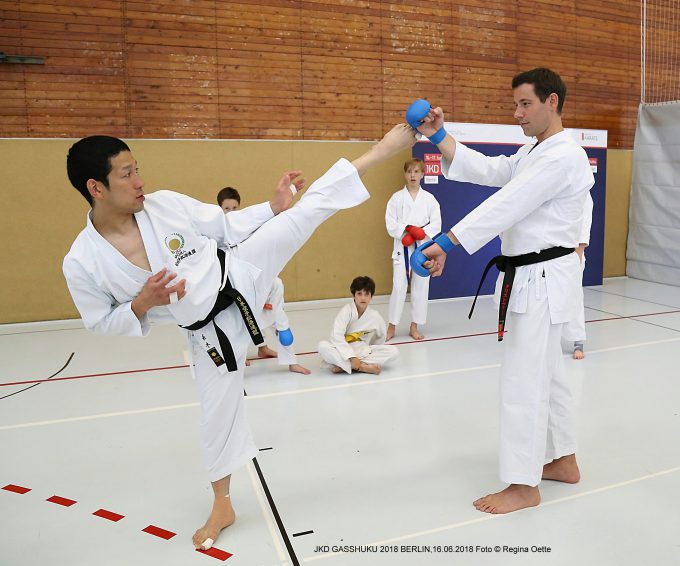 Of course there was between the various training sessions an attractive sigthseeing and cultural program in Germany. With delicious food, one or the other game of the FIFA World Cup could be watched together. 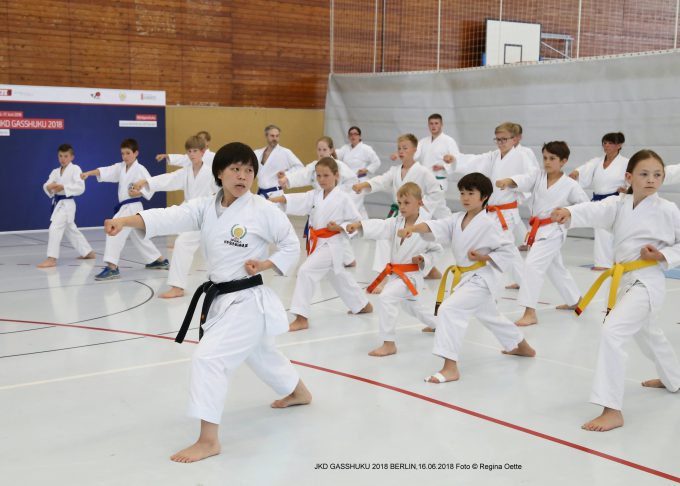 JKS Germany thanks both Sensei for their dedication, the educational training and the enjoyable time together.