Technical seminar by Masao Kagawa shihan and Makita Sensei was held in Spain from May 16 and 19th. 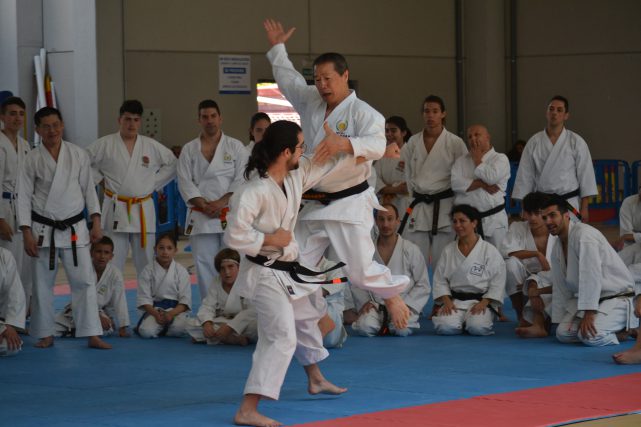 Gonzalo Molina Sánchez sensei said:
With a very good participation, more than two hundred students and instructors from different parts of the Spanish geography, such as Albacete, Barcelona, ​​Cantabria, Ciudad Real, Madrid, Mallorca, Valladolid, Vizcaya and, of course, the Valencian Community. In addition to those from abroad: Andorra, Portugal or Norway, between May 16 and 19 the International Seminar of Japan Karate Shotorenmei Spain (JKS), taught by Masao Kagawa, was held in Alicante. 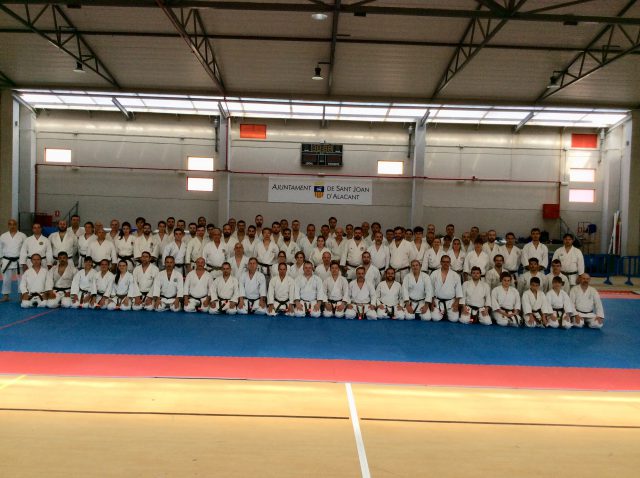 Loaded with personal conviction in what he does, his classes are a complete argument for the reasons why a technique must be executed one way and not another, but do not try to impose these reasons; invite the practitioner to experiment, contrast the different options and feel free to choose among them the one that you find better.
Obviously, Kagawa Sensei is an observation of objects by the attendees. He is aware of this scrutiny and, as someone who does not want the thing, exhibits physical qualities that would be presumed enviable in any person and that seem surprising to someone over sixty years old. Each of his actions shows his excellent technical talent, fruit undoubtedly of the constant work and influence received, among other masters, from the legendary Nakayama Masotoshi or Asai Tetsuhiko, who personalize the scientific foundations of Shotokan Karate, the first; And creativity and technical naturalness, the second. 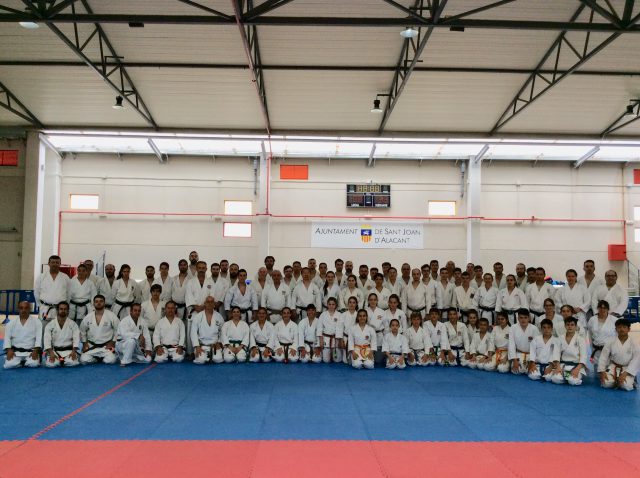 On Thursday the 16th it was reserved for the technicians of the JKS organization in which they executed kata such as Empi, Tekki Shodan, Tekki Nidan and Gojushiho-sho and on Friday the 17th, in the afternoon, the course opened at the sports center’s facilities. of Sant Joan d’Alacant.

Each training session begins with “ju jin ho”, the method developed by Asai Shihan to improve joint mobility through actions of great amplitude that require muscle relaxation and respiratory control, one of the technical foundations of the JKS Karate. The training, although not strenuous, is physically very demanding in terms Technical seminar by Masao Kagawa shihan and Makita Sensei was held in Shanghai, China from April 12ed to 14th.of flexibility, power of flexion of the leg and use of the hips to generate momentum.

The teacher is not satisfied with the demonstration and the follow-up of the repetitions that the students must carry out, accompanies them in the executions and their intention is to transmit to the students the importance of taking care of the small details that mark the difference between the students. Mediocre and excellence.

The class has a progressive structure, based on apparently simple advances towards elements of greater technical difficulty. The lesson that begins with the basic kihon exercises on which progress is progressively made. 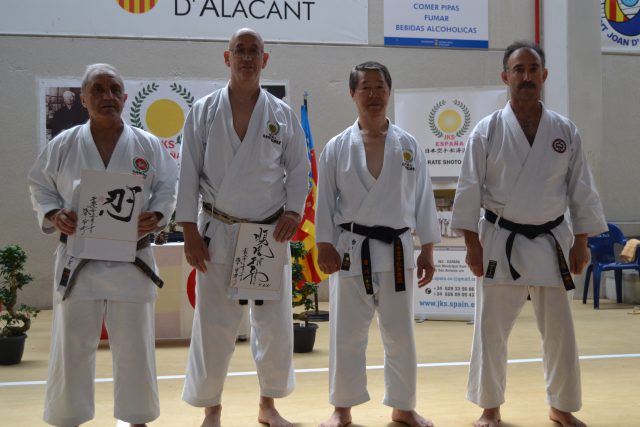 It would be very extensive, and possibly not very interesting, to detail all the work done in ten or more hours of course. In a synthetic way, I will point out that we train the Bassai Dai and Jion katas (foundations of Shotokan) and the higher Gankaku. We also work with variations of ju ippon kumite, paying special attention to the reaction time, the adjustment of the distance and the fighting spirit.

Repeatedly, Kagawa Sensei alluded to the lost teacher Asai long time ago and to the principles and technical foundations that inspire his Karate: contraction and corporal expansion tai no shinshuku; , use of displacement and inertia to gain explosive strength in the attacks, use of the hips in the front and back (hiki oshi) to absorb the attacks of the adversary and gain momentum, continuous use of sabaki to get out of the line of attack of the opponent and counterattack from the most different angles …

As a culmination of the course, the Sunday session was dedicated to the Junro katas, a set of five katas created by Tetsuhiko Asai to ensure that students practice techniques and postures little used in the standard Shotokan and enhance the training of certain aspects that, according to his thought, they were being relegated in the current Karate. Junro, alluding to his own name (in Japanese “step by step”), leads us in a sequential and progressive way to the mastery of movement patterns that break the canons of “traditional” Shotokan and that emphasize the concept of “junansei”: relaxation , fluidity and motor continuity. In my opinion, this series is a technical treasure and forms a whole treatise of bujutsu karate.